This is the official blog dedicated to future digital trends in Africa.

The Future of Public Service Broadcasting in Africa 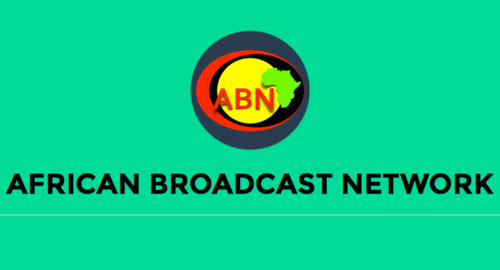 It's a slow and complicated process, but a sub-Saharan Africa public service broadcast (PSB) network is taking root, according to the visionary behind it.

Having worked on the concept for more than two decades, George Twumasi is prepared to play the long game. The CEO of the African Broadcast Network (ABN) and a founding member of the African Public Broadcasting Foundation (APBF), believes there's a confluence of cultural, political and technological forces that make a PSB network both necessary and practical.

"Most of the work has been done including the research and institutional capacity building," he says. "There is an opportunity and a need to re-evaluate broadcasting and create a new PSB with commercial sustainability and a mandate to enlighten though entertainment."

Twumasi hopes to create 11 PSB channels programmed with content "made by Africans for Africans."

He is under no illusion as to the billions of dollars this will cost. Nonetheless, Twumasi is adamant that ABN could help create an editorially independent, US$20 billion, PSB and digital content publishing company by 2025. 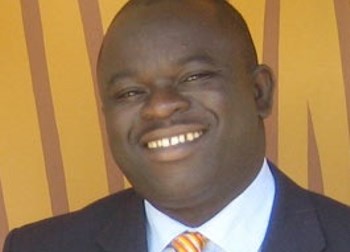 George Twumasi: "There is an opportunity and a need to re-evaluate broadcasting and create a new PSB with commercial sustainability and a mandate to enlighten though entertainment."

It's ambitious on several fronts, not least because public service broadcasting, at least in its westernised version of editorial independence -- defined by the UN as neither commercial nor state-owned, free from political interference and pressure from commercial forces -- has arguably never existed on the continent.

The only African country with a model that comes close is SABC in South Africa. The radio broadcasts of the Francophone nations or BBC World Service that emerged in the 1950s are considered an extension of colonial rule. When African governments came to power in a post-colonial continent many took over national broadcast networks "in part symbol of sovereignty and in part, a partisan political megaphone," says Twumasi.

"Except for a handful of international news television brands, editorially independent and financially robust PSB services barely exist in Africa," says Twumasi. "What does exist, besides cut-throat pay-tv operations, are mostly poorly run free-to-air television broadcasting entities. APBF and ABN will change that."

The concept of an African Public Broadcasting Foundation has been in development since 1998 in accord with a Pan African Audio Visual Action Partnership (PAAVAP) model.

PAAVAP is envisaged as a process that will be implemented by a partnership with the state-owed broadcasters of Africa.

"The focus is firmly and centrally on broadcasting," says Twumasi. "But its impact, on improving education, increasing the flow of revenues into Africa and developing the confidence of African programme makers, will influence all spheres of national cultural life and help boost general economic activity and performance."

Based initially on a network of satellite-delivered programming, the APBF has gained momentum with the growing penetration of mobile devices and the spread of the internet.

"With the increase in mobile phones, broadband and social media, the cabal of the political elite will be broken forever," says Twumasi. By 2020 there will be more than 700 million smartphone connections in Africa -- more than twice the projected number in North America and not far from the total in Europe, according to mobile industry group the GSM Association (GSMA) .

In Nigeria alone, 16 smartphones are sold every minute, while mobile data traffic across Africa is set to increase 15 times by 2020, according to projections by Cisco Systems.

According to the GSMA, 20% of the continent already has access to a mobile broadband connection, a figure predicted to triple by 2020. And internet penetration is rising faster than anywhere else as costs of data and devices fall. Ericsson attributes the rapid expansion to the rise of social media, content-rich apps and video content accessed from cheap smartphones.

The world's major technology companies, including Facebook, Google and Microsoft, are investing in last-mile connectivity across the continent to hook up its billion-plus population.

ABN's recast vision is to create a PSB run on commercial lines. Twumasi explains that the PAVAAP model only works through having direct and easy access to abundant free-to-air and pay-tv airtime. ABN and APBF intend to partner with a network of distribution platforms, including privately owned, commercial and state-controlled broadcasters. The goal is to ensure access to low-income earners across Africa who collectively represent nearly 70% of the continent’s population.

The principal means by which ABN plans to generate revenues for APBF (which is legally constituted as not-for-profit in the UK and in the US) is through sponsorships and ad spots. It's a classic chicken and egg situation: ABN needs to originate quality African made and culturally relevant content to attract advertisers but needs an income stream to generate the content.

"Quality content will drive eyeballs which will drive ad revenue, so you create a virtuous cycle of growth," says Twumasi.

ABN claims access to a television primetime audience of more than 100 million people through its television production and broadcasting partners in 10 African countries, turning a disparate television advertising market into a unified 'buy,' and beginning to make Africa attractive to major multinational advertisers.

Twumasi wants to engage major international content producers and distributors that are already trading on the continent to co-invest in the production and monetisation of African originated content via ABN. Rapid Blue Productions, a BBC Worldwide affiliated company, is already on board. Through its Worldwide and World Service Operations, the BBC is beefing up its presence in Africa with production studios in Kenya and Nigeria to produce original African content over the course of the next three years.

Other partners in ABN's sights include Scripps Network, Discovery Communications, Disney, Fox, Viacom and TBS. Twumasi hopes they will allocate 5% of their total production budget for spend in Africa and suggests that the resulting content can be sold back at a profit to the mass African diaspora.

The goal is to secure 15 million ABN affiliated, pay-TV subscribers across sub-Saharan Africa by 2024 equating to a 20% share of Africa's pay-TV market. ABN has factored in the switch to digital television, which should be complete by 2020. This will create a market of around 80 million new low-income pay-TV subscription prospects across Sub-Saharan Africa (the current penetration of pay-TV in the region being around 20%).

Ad generation is not the only income stream. There are plans to raise financing from international development agencies and then look to the private sector to investment.

As part of this process, Informa and, specifically, AfricaCom are seen as key to capturing the attention of investors, content providers and partner distribution platforms, including international broadcasters. ABN has secured commitments-in-principle from a core group of African industry partners to help it realise its vision. In addition to Rapid Blue, they include South African digital infrastructure provider Sentech, and Abicoos, a streaming media startup. It also has an "ongoing dialogue" with BBC Africa about developing a BBC Africa Legacy Project.

The first stage is to launch one channel as proof of concept. Twumasi believes this will happen by 2019.

"Africa is set to embrace a multiplatform, digital content delivery environment within the next five years, through which hundreds of millions of Africans can be readily reached via mobile television broadcasting," says Twumasi. "I strongly believe that public service oriented television broadcasting, underpinned by relevant educational programming, can play a unique role in these processes."

"Television can be a tremendous force for the good. It can shed light on the dark corners, where ignorance and hatred fester…. But the flow of information ought not to be one way only, from North to South; this has led to a burgeoning ‘content divide’ that threatens to overwhelm or marginalize local views and voices…Press freedom and pluralism of content can, and must develop together in the information society. Here too, the world’s broadcasters can make an important contribution". - Kofi Annan, Former Secretary General, UN.

The view of Africa’s visionary thinkers is that the 21st Century is the continent’s century of emancipation. The willingness, for example, of 25 member countries of the African Union to ratify the Africa Continental Free Trade Agreement does reflect a strong desire of an Africa in search of innovative ways that will ensue in the renaissance of a prosperous and culturally integrated continent.